Normally, having consistent event ordering in a distributed system is hard because we have no common clock. Since we don’t have a common clock to measure with, we rely on logical properties of time in the absence of clock. Here we use causality replation between events.

We can synthesize a clock by a simple protocol, usually referred as scalar clock or Lamport clock:

This will give us a consistent total order of events in a distributed system.

Let’s take Lamport distributed mutual exclusion (DME) as an example. We use scalar clock to agree on the order of access to critical sections. Each process broadcasts a request with its local clock time. Receiver stores the request time and responds with its update local time (\(max(C(p), C(M)) + 1\)). 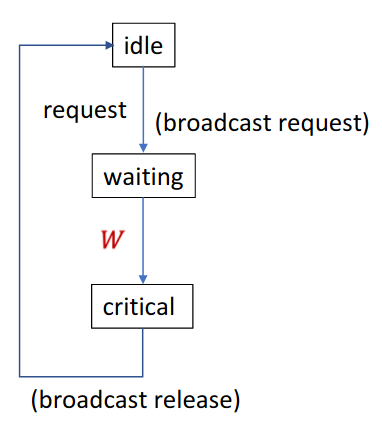 The reason why this protocol works is illustrated below: 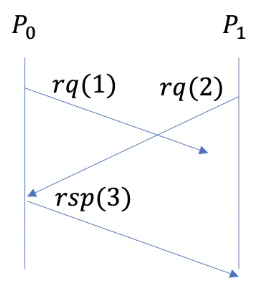 To see Lamport DME in action, we use Ivy to specify the protocol. The source file is borrowed from Ken’s presentation. The code is annotated and self-explanatory: